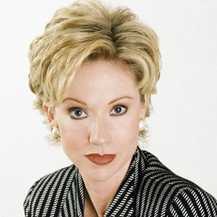 Faye is a 24-year public relations and government affairs professional.  She is vice president of public affairs for Foothill Energy LLC, an independent oil and gas company headquartered in Houston, Texas.

Faye began her career in television where she worked in news, promotions, public affairs programming and sales. In 1990, she joined Texaco Inc.’s public and government affairs department in Austin, Texas. She later managed the company’s philanthropic, community outreach, media relations and government affairs activities in the central and south coast regions of California. She was subsequently appointed director of external communications at Texaco’s worldwide headquarters in White Plains, N.Y., where she was responsible for media relations activities in support of the company’s international operations and served as public relations advisor to senior corporate executives.

In 2000, Faye moved to Santa Barbara, California where she was senior account manager at Davies Communications. She and her husband relocated to Houston in 2004.

Faye served on the national boards of the League of Women Voters of the United States, the Dream Foundation and the Navy League of the United States. She also led the Santa Barbara Navy League’s public relations activities in support of USS Ronald Reagan and the creation of Ronnie™ the bear Beanie Baby® by Ty to commemorate the ship’s commissioning and served on the Santa Barbara Host Committee for the Reagan Ranch Project.