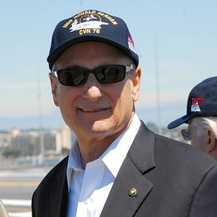 During the 1980’s and 1990’s, Mr. Hoffman was at the forefront of foreign affairs issues helping to shape U.S. policy. He actively participated in several foreign policy matters during President Reagan’s presidency.

In 1986, Mr. Hoffman established a political strategy and foreign policy issues consulting firm where he represented clients from Taiwan, Japan, Russia, Philippines, South Africa, Bangladesh, and the Middle East. He also produced several television documentaries which provided a balanced analysis of the most controversial foreign policy matters facing the American public at the time.

Mr. Hoffman has served on the national board of the Easter Seals Society, the South Africa Education Fund, and as president of Bruce Herschensohn’s Leadership to Preserve America. Currently, Jay Hoffman serves on the Board of Directors of The Reagan Legacy Foundation, and Reagan.com . He is a partner in The Reagan Group and serves on the Board of Passaggio Entertainment.

Mr. Hoffman is proud to serve on Pepperdine University’s School of Public Policy Board of Visitors. He is on the National Leadership Council of The Republican Jewish Coalition. In addition, he is a lifetime member of the Ronald Reagan Presidential Library Foundation and the Reagan Alumni Associates.