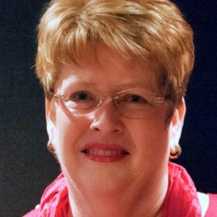 Susan Thom was born and raised in southern California, where she continues to reside. Susan became the FIRST female police officer for the City of Signal Hill in 1975. She was awarded the prestigious Thomas Reddin Law Enforcement scholarship, which provided the opportunity to attend law school. Susan opened her own law firm in June of 1984, specializing in landlord/tenant litigation, with her husband, Dan Thom, whom she originally met while they were both police officers.

Susan began her involvement in promoting conservative ideals with the campaign of Ronald Reagan for Governor of California in 1966. Her husband, Dan, met then Gov. Ronald Reagan while attending the American Legion’s Boys State in Sacramento in 1970. Susan began her philanthropic endeavors as a young adult performing at charitable events with celebrities such as Bob Hope, Agnes Moorehead, Cesar Romero and Frank Sinatra, Sr. She and her husband have continued on in recent years by helping the U.S.O. and other organizations.