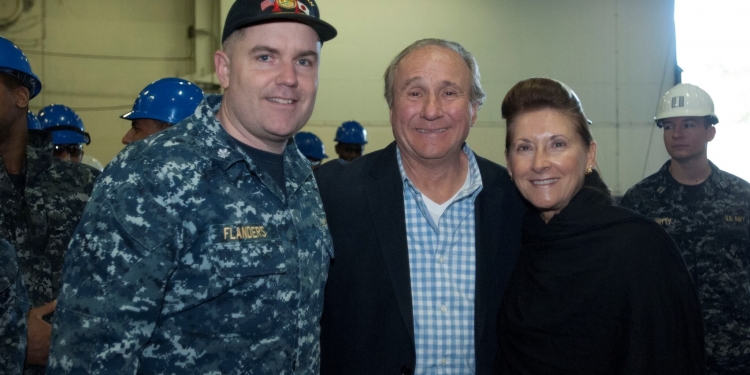 A new initiative honors veterans past and present by preserving the historical significance of World War II while supporting the education of today’s sailors.

Michael Reagan, the son of President Ronald Reagan, created the Reagan Legacy Foundation to capture his father’s commitments to peace, democracy and education. The organization’s latest project, called the Walkway to Victory, furthers education and remembrances of all those who served so bravely in the effort to defeat the Nazis, liberate Europe and restore freedom. In addition, funds will be used to provide educational scholarships for those men and women serving on the USS Ronald Reagan aircraft carrier.

History outside of the textbooks

“Whatever else history may say about me when I’m gone, I hope it will record that I appealed to your best hopes, not your worst fears; to your confidence rather than your doubts. My dream is that you will travel the road ahead with liberty’s lamp guiding your steps and opportunity’s arm steadying your way,” President Reagan once said.

His son, Michael, accepted the responsibility of protecting his father’s work for future generations to learn about through actionable efforts throughout the world that align with the 40th President of the United States’ priorities.

“I am most proud of his dedication to individual liberty and global democracy and the positive impact these values had upon our nation and our world,” Michael Reagan explained. 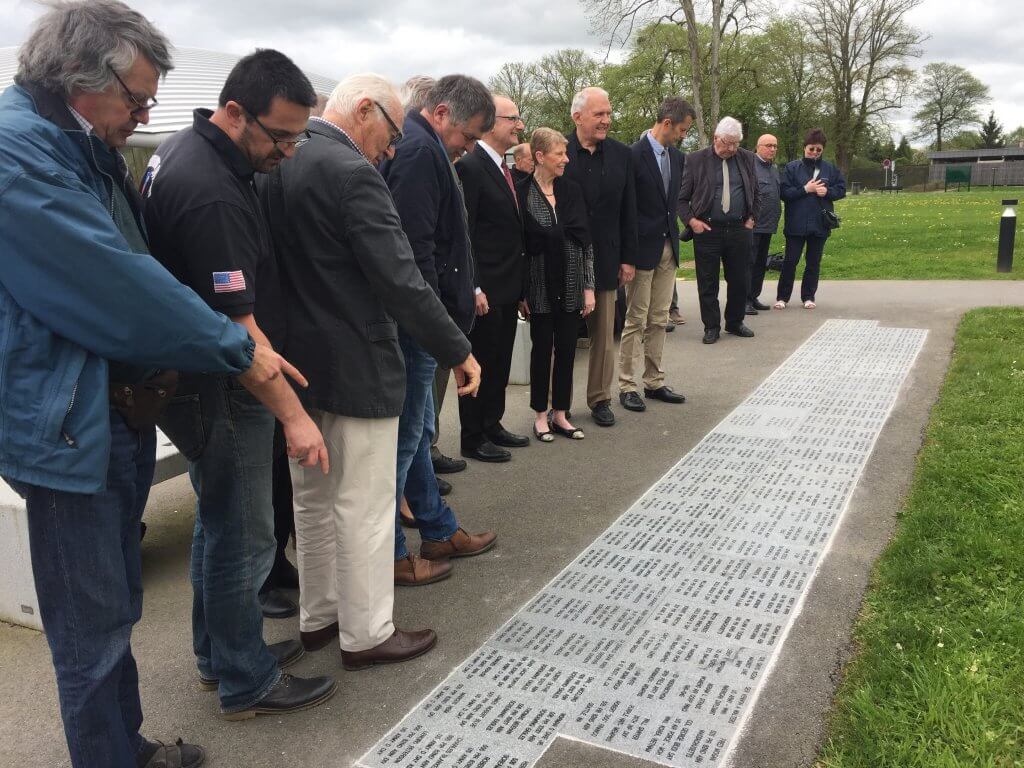 The initial unveiling of the Walkway to Victory Memorial.

He has been involved with the USS Ronald Reagan since its inception in 2001. When the family discovered they could create a scholarship program to support the sailors serving aboard the ship, the Reagan Legacy Foundation was launched and has expanded its projects ever since — including a focus on World War II.

“My dad was the first president to visit Normandy on a D-Day anniversary, in 1984. We wanted to honor those who served. The Walkway to Victory educates people about the Second World War and lets them see history in person. It lets people experience my father’s speech at Pointe du Hoc,” Reagan said.

In 2018, the foundation started laying brick in the existing walkways at the Airborne museum with the names of those who served in the European theater during World War II. Placing the names in the ground is a way to share the stories of veterans who sacrificed their lives, Reagan says.

The commander-in-chief’s own service

President Ronald Reagan had his own personal connection to the military. He enlisted in the Army Reserve in 1937, but due to eyesight difficulties he was prevented from serving overseas. Later, he transferred from the Calvary to the 1st Motion Picture Unit in Culver City, California. By the end of the war, his units had produced some 400 training films for the Army Air Forces, according to the Ronald Reagan Presidential Library & Museum.

Michael Reagan shares that it was common from people across all industries to step up for Team America in those years.

“America was a team in World War II. Even actors and actresses stepped up and sold war bonds. My father was legally blind, but he memorized the eye charts so he could get into the Calvary. He did training and public relation films. People who were rich and famous did serve in World War II: Clark Gable, Jimmy Stewart, Yogi Berra, and Joe DiMaggio put their careers on hold because it was so important. There is a portion of the Walkway honoring their legacy and the fact that everyone stepped up, one way or another,” he said.

‘A thank you forever’

The Walkway to Victory Memorial will be housed at the Airborne Museum in Sainte Mere Eglise, France, which holds special significance.

“It was the first town freed by America on D-Day, at 4 AM. I became friends with two sons of the D-Day mayor. As very young children, they had a bird’s eye view of the paratroopers landing in the town square,” Reagan said.

He adds the overall goal is toe recognize as many people as possible, so if the museum runs out of room “there is a whole town to pave.” 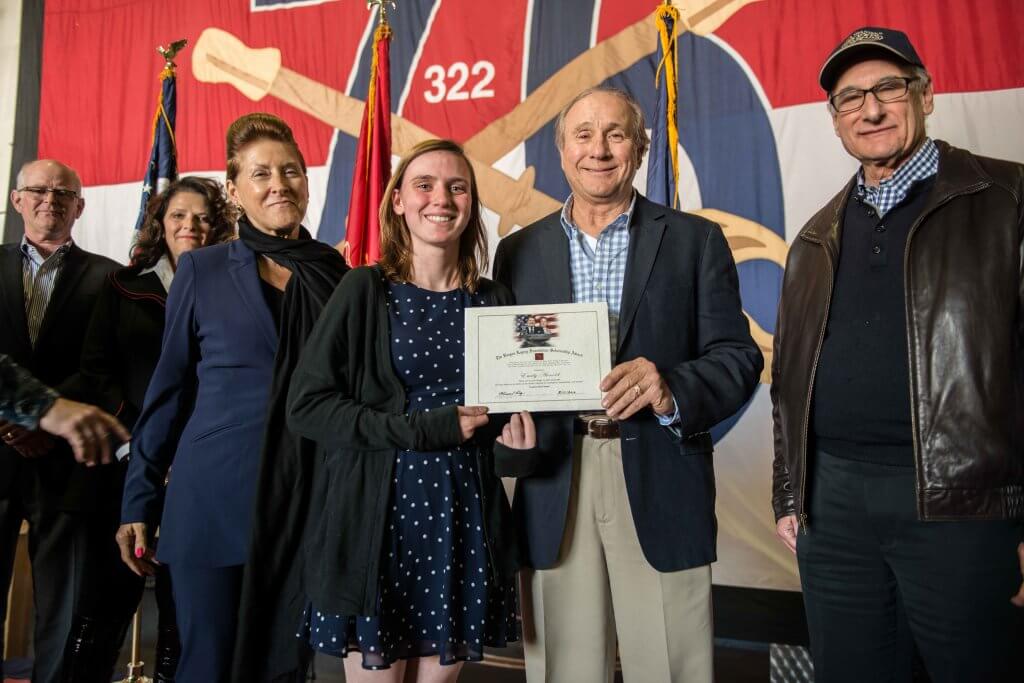 The memorial will also extend across continents as the proceeds from the brick purchases will go toward the education program supporting USS Ronald Reagan sailors and their families.

Michael Reagan is adamant about celebration the nation’s veterans throughout the year.

“We owe so much to those who are willing to give everything for us so we can be free. The world needs America. The men and women who served in the Second World War knew that. They knew their country was more important than their career. Without their sacrifices, we would not have what we have today,” he said. “I always say thank you when I see a veteran, but I feel truly every day should be Veterans Day. They need to be remembered and thanked every day for what they have done — in the past and now.”

Support the Walkway to Victory project.